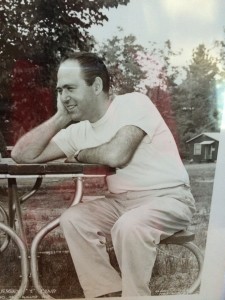 Sy’s relationship with NJY Camps began when he was 16 years old and joined the Cedar Lake Camp staff as the Assistant to the Assistant in Arts and Crafts.  After college, Sy went to work at Camp Mah-Kee-Nac where he met Helen.

They married and as Mah-Kee-Nac does not have married housing, the director, Joe Kruger, who had worked a summer at NJY Camps as a waiter, said “If I can’t have you at Mah-Kee-Nac then NJY Camps will!”

In his “non-camp” life, Sy worked in the New Jersey school system, holding positions as an art teacher and vice principal.  He retired in 1989.

Sy and Helen had two children, Barry and Sharon, both of whom were NJY Campers and staff.  Their grandchildren also attended camp.  They have all been attending family weekends for years.

Sy was invited to rejoin NJY Camps as a member of the Board of Directors.  Whenever any information was needed on camp history, Sy was the person to see.  His memory of names and dates was so sharp, that he was made the Historian of camp.  No board meeting was ever complete without a Sy Farber history lesson.  In his retirement years, whenever and wherever he and Helen travelled, he always met someone who went to NJY Camps.

Sy sat on the NJY Camps Board for over fifteen years and was a vital member until his passing in 2015. 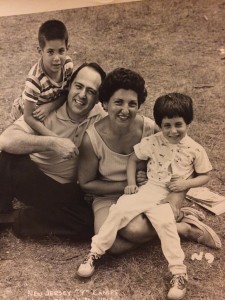